With over 100 years of combined experience in franchising, businesses development and management, our leadership team is well equipped to foster consistent Metal Supermarkets network growth. From the moment you sign on as a Metal Supermarkets franchisee, our team is putting their experience to work for you, helping you build a profitable, sustainable business.

“Establishing and maintaining profitable franchisees is the core to Metal Supermarkets’ success.” 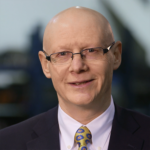 With a passionate dedication to the Metal Supermarkets network and business system, Stephen Schober brings a strategic vision for growing the Metal Supermarkets brand. With over 25 years of leadership experience in retail, wholesale, multilocation and multinational businesses, Stephen understands the importance of developing long-term, mutually-profitable relationships with franchisees as well as constant improvement; two values that have been integral in the rapid expansion of the Metal Supermarkets network in recent years. Stephen was appointed President and CEO of Metal Supermarkets’ predecessor company in 2006, overseeing a management buyout in 2010 and re-establishing the brands core values and commitment to providing world class customer service. In 2018, Stephen was elected a Director of the Canadian Franchise Association. Stephen holds an MBA from the Richard Ivey School of Business and resides with his family in Etobicoke, Ontario, where he enjoys swimming and curling in his spare time.

“A commitment to active business development will help make your store a top performer.” 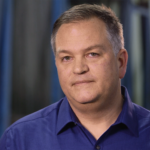 Andrew Arminen joined Metal Supermarkets’ predecessor company in 2001, bringing extensive experience in both corporate and franchise B2B enterprises. As Vice President, Franchising, Andrew’s primary focus is the expansion and development of the Metal Supermarkets network; he is tasked with recruitment and selection of franchise candidates and plays an integral role in new store start-ups. New franchisees reap the benefits of Andrew’s knowledge of the Metal Supermarkets business system, and he is dedicated to ensuring they have the tools they need to succeed when joining the network. Andrew also oversees a variety of support functions, including our expansive list of marketing programs. He holds a BA from Bishop’s University and lives with his wife and daughters in Toronto, Ontario, enjoying a variety of outdoor activities including camping and skiing with his family.

“Comprehensive training will give you the knowledge to build a successful franchise.” 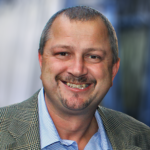 Starting out as a delivery driver for the first Metal Supermarkets branch in the mid-90s, Jason Jackson has successfully tackled a variety of positions within the organization. Before joining Metal Supermarkets’ leadership team, Jason was the Manager of our Hamilton, Ontario store, giving him a practical knowledge of what is required to operate an efficient and profitable location. In his current role as Operations and Development Manager, Jason provides dedicated support to new franchisees in all aspects of store operations, ensuring they are firing on all cylinders both before and after opening. Jason also personifies our core value of operating in a safe environment, overseeing workplace safety and training for the network. Jason lives with his family outside Orangeville, Ontario and enjoys hockey, lacrosse, golf and camping.

“Becoming a top performing franchisee starts with a thorough understanding of the business system.” 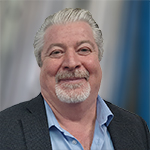 With over 25 years of franchise experience, including previous ownership of multiple franchises, Barry understands that joining a franchise network is an important decision that requires careful consideration. As the Franchise Development Representative, Barry will help guide candidates through discovering the Metal Supermarkets business system and opportunity. Through exploratory conversations and informative webinars, Barry will ensure candidates have the necessary knowledge to make the right business decision. Barry lives in Toronto, enjoying golf, travelling and fishing in his spare time.

Along with our Executive and Franchise Development teams, you will receive ongoing support from experienced Operations, Marketing, I.T. and Accounting personnel to make sure you have the tools to build a profitable business.

Stay in touch with Metal Supermarkets. Enter your email below for updates.

© 2020 Metal Supermarkets, the Metal Supermarkets Logo and all other registered marks noted are registered trademarks of MSKS IP Inc. This information is not intended as an offer to sell, or the solicitation of an offer to buy, a franchise. It is for information purposes only. Currently, the following states and countries regulate the offer and sale of franchises: In the United States.: California, Hawaii, Illinois, Indiana, Maryland, Michigan, Minnesota, New York, North Dakota, Oregon, Rhode Island, South Dakota, Virginia, Washington and Wisconsin. International: Australia, Belgium, Brazil, Canada (Alberta, Ontario, Manitoba, New Brunswick and Prince Edward Island only), China, France, Indonesia, Italy, Japan, South Korea, Mexico, South Africa, Spain, Sweden, Taiwan and Vietnam. If you are a resident of one of these states or countries, we will not offer you a franchise unless and until we have complied with applicable presale registration and disclosure requirements in your jurisdiction.